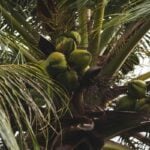 Thirty years ago, when I made my first trip to Hawaii, it took eight and a half days of calm sailing on a slow passenger ship to span the 2200-odd miles between Los Angeles and Honolulu.

Today, the same journey can be made in 8 ½ of smooth flight, so high above the water that the ocean surface is but a blue background for the kaleidoscopic cloud pattern that unfolds and retreats below the plane’s swift passing.

But suppose one still is an earth dweller and prefers closer contact with land and water surfaces. In that case, he can “sail the broad Pacific” in a luxury liner that delivers him to Aloha Tower pier in Honolulu in just four and a half days.

Hawaii, The Beauty Of The Tropics

The beauty of the tropics is coin-posed of many parts, such as:

Words cannot describe such things, but the senses react to them and record impressions that can be reanimated with nostalgic memories years after a traveler has departed his tropic paradise.

Of varied impressions received in warm countries, the coconut palm has always typified the tropics in many ways. The most graceful of palms, there is nothing else that resembles it.

Slender-trunked, with graceful fronds, it lifts its head into the sky or leans with the trade winds. It has the strength to stand alone with poise, dignity, and beauty.

It has the grace to mingle with its kind and submerge its individuality into the group consciousness.

Requiring warmth for its gracious development, it grows mainly at the lower elevations and seems to be at its best near the sea where it stands — sometimes with its feet in salt water — to greet the arriving visitor and to bid farewell to those who must depart.

While the coconut abounds in Hawaii and adds much to its charming landscapes, it plays little part in the island’s economy.

Besides the coconut, a considerable number of odd and unusual native plants are indigenous to the Hawaiian Islands, some of which are striking in appearance.

These would include, conspicuously among the trees, the following:

Of these few, the koa (Acacia koa) is the monarch of native Hawaiian forest trees.

Instead of having true leaves, the koa bears flattened leaf-like petioles or cycle-shaped phyllodia. 4” to 5” inches long, they appear like leaves to the tyro.

The wood of this tree is dense, susceptible to a high polish, and is extensively used in Hawaii, known as Hawaiian mahogany.

A beautiful tree in the landscape occurs mostly away from the shore at elevations between 1500’ and 4000’ feet.

Of the others, the ohia lehua (Metrosideros ‘Collina’ Polymorpha) also is a forest tree to be found above altitudes of 1000’ feet.

A member of the myrtle family, its flowers occur as fluffy bundles of bright red stamens, similar in appearance to red-flowered eucalyptus bloom. The foliage is gray, and the color combination is very pleasing.

This tree, too, has fine-grained and valuable wood that is used in different ways where hard, durable wood is needed.

Its subspecies name, polymorpha, is occasioned by the fact that the plant grows in many forms that range from that of a meager, inconspicuous trailing plant found at low altitudes to towering forest trees of 100’ feet in the upper rain forests.

The kukui nut (Aleurites moluccanus) is also known as the candlenut because of the valuable oil produced in its seeds.

Before the advent of the kerosene can, kukui nut oil was a product of export besides being the source of candlelight for the Polynesians of the many islands. Perhaps the tree’s most striking characteristic is the color of its foliage and its reflection of light.

This color is hard to describe, but the leaves are pale green with a silvery sheen that sparkles in the sunshine and shows strong contrast to the darker foliage of surrounding plants.

Masses of this vegetation splash the landscape, as though applied by a giant brush, over the rugged slopes.

Besides her native trees, Hawaii has attractive shrubs and vines that were on hand before the arrival of the white man.

The hibiscus group is the most conspicuous to a visiting traveler. Initially, there were three native Hawaiian hibiscuses.

To this small group were added some 33 varieties from other countries. These have been crossed and re-crossed until now.

There are thousands of recognized hybrids, all different, all beautiful, all breathing of the tropics with their bright colors. Flowers occur in practically all colors but shades of blue.

Generally, they open early in the morning and remain open for one to three days, although most only endure for a day. They die after closing at sunset.

If picked, they stay fresh all day, whether in water or not, making them particularly acceptable for dry flower arrangements or as flowers to be worn in the hair.

Mention of strictly native plants must not be made without reference to the unbelievable ʻIeʻie vine (Freycinetia arborea), trailing or climbing pandanus. The flowers and fruit of this plant are indescribable in form, color, and beauty.

The old Hawaiians considered this plant sacred and, so characteristic of their poetic nature, wove fascinating tales and legends about it. It was dedicated to ceremonial purposes, was symbolical of lightning, and was the plant form of a beautiful maiden, thus transformed, as told in legendary lore.

While the plant “climbs the trees” in an exciting and picturesque fashion, the flower and fruit form and color are its most striking characteristic.

Inflorescence develops from the center of a leaf whorl, producing two to four spikes of brilliant orange color. Surrounding these are bright rose or red-colored, edible bracts.

This fantastic and chromatic display is set in a cluster of green, pandanus-like foliage that makes a perfect setting for the flower jewel.

Fruits follow the flowers and persist for some time, cylindrical in form, several inches long, and rich burnt-orange in color.

Strange as it seems, it probably is not for her lovely and unusual native plants that Hawaii gains her widest acclaim from the interested traveler.

Most of the colorful and bright-flowering plants seen on her streets and in her gardens are immigrants to these islands that welcome all visitors.

Growing conditions are so ideal, the climate so salubrious, that tropical plants adapt themselves and quickly run wild along the roadsides and over the slopes.

The Hawaiian nurseryman’s most significant problem is to find something to grow and sell that cannot be obtained from a friend’s garden. The average plant is off to a running start by merely inserting a cutting in the ground.

Fragrant, flowering gingers of different species grow wild in lush abandon along the roadsides. Large, yellow-fruited guavas are almost a pest. Beefsteak plants, crotons, and coleus all grow like weeds wherever planted. They are used in great profusion for their continuous foliage colors of rich reds and yellows.

Besides such lesser things, Hawaii has acquired many flowering trees of interest and beauty.

The royal poinciana or flamboyant (Delonix regia) is one of the most vivid reds. Various shower trees (cassias) are in yellow, pink, and coppery tones. The blue-flowered jacaranda always is lovely when in blossom.

Another large tree with attractive pods is the elephant ear (Enterolobium cyclocarpum). The list is extensive.

No chronicle, however brief, would be complete without reference to the wonderful family of figs or so-called rubber trees of the genus Ficus, representing nearly a thousand species. In addition to the edible fig, this genus includes the banyan tree and the ornamental rubbers.

Many tropical forms grow to enormous proportions, send out aerial roots that depend on the mother plant until they reach the ground, and thus form a colony of supporting stems.

All have attractive foliage. Hawaii has only some of the fig species on its roster, but it has outstanding ones.

I once asked a Japanese nurseryman in Hilo what he considered the best month of the year to visit Hawaii. He replied: “Any month you have not visited Hawaii is the best month to come again.”